With Cynthia Reynolds, AKA Gypsy, set to make her debut on CW’s Flash, it seems like a great time to briefly go over her comic history.

Cynthia Reynolds was born into a seemingly normal life in the American suburbia. Although she lived a rather uneventful, peaceful life under the care of her parents, Edward and June Reynolds, a rift soon grew between them once her brother was born. This led to Cynthia being abused, both physically and emotionally by her parents. Once Cynthia reached puberty, she developed the ability to camouflage both herself and her surroundings (you know meta-human stuff, “totes” not a mutant). With these newfound abilities, she ran away from her family, and took off to the city of Detroit (I guess you can say that “she took the midnight train—or bus in her case, going anywhere” …). Once in Detroit, she made the Cameron Street neighborhood her new home. There she used her abilities to protect its inhabitants, becoming both a hero and an urban legend in that area. From there, she took on the identity of “Gypsy” and styled her dress after her vagabond’s namesake. Her adoption of the “Gypsy” title is not at random though, as she is a descendent from a line of Romani people, something she usually keeps to herself due to her knowing about the centuries of persecution her people faced. 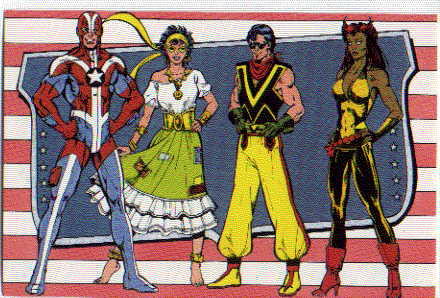 Her acts of heroism lead her to becoming a member of the newly formed “Justice League Detroit,” a team of heroes that located in Detroit after the original Justice League’s Watchtower headquarters crashed. Team members included: Aquaman, Batman, Elongated Man, Martian Manhunter, Steel (Hank Heywood III), Vibe, Vixen, and Zatanna. This team lasted a few years until Dr. Ivo sent out several androids to kill members of the team. Although one of the androids was successful in killing Cisco/Vibe (I guess his geeky reference couldn’t save him in this world), another was unable to kill Gypsy as she learned that it has a conscience and convinces it to let her live. From there it took her to her parents’ home. There she makes-up with her parents and lives a happy normal life—sadly this is not the case, as this was merely the start of another unfortunate event in her life. Her peaceful domestic life short-lived when the villain Despero suddenly comes crashing into her peaceful domestic life and murders her parents (‘cause comics don’t allow people to have a happy family life). Before Despero could kill Gypsy, she is saved by Martian Manhunter. With nowhere else to go, Booster Gold recruits her into a corporate-sponsored team, Conglomerate, for a brief period.

After forming a close, father/daughter-like relationship with Martian Manhunter, she joins him in another short-lived team, Justice League Task Force, a team formed by United Nations representative, Hannibal Martin. During the team’s run, Gypsy found herself facing a few challenges. One of which was that she had deal with being on the same team with a “different version” of Despero, who was not the same being that killed her parents (‘cause comics). Then, on her last mission she faced the villain, Baron Űman von Mauler, who is wholly convinced that Gypsy is his dead wife, Nakia (‘cause with a name that crazy you have to live up to it). After beating him, Gypsy proceeds to hitchhike to Romania.

She later briefly join’s Barbara Gordon/Oracle’s Birds of Prey, as her abilities could be effectivity utilized for stealthy undercover missions. One of which includes helping Vixen with an old case.

Her last appearance (in the “pre-new 52” timeline) was when she aided Justice League team members: Vixen and Doctor Light, fight against Black Lantern-possessed, deceased Justice League Members, including Vibe.

Later, Barry goes and F&$%s-up the timeline and creates the “New 52” universe. There, Gypsy gets a completely new origin. In this new timeline, she is a vagabond from another dimension. When separated from her nomadic tribe, she gets trapped in the “New 52 Universe,” where she is captured and imprisoned by Amanda Waller, who believes she is a being that has come to Earth to declare war. She eventually escapes and joins Cisco Ramone, AKA Vibe, in hopes that he could use his ability to travel through different dimensions to help her rejoin her inter-dimensional tribe.

With her appearance in CW’s Flash, it appears that her character’s origin is mostly inspired by her New 52 version. 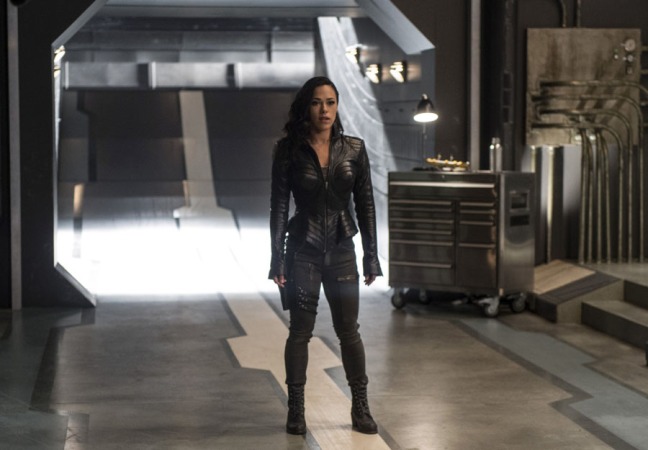 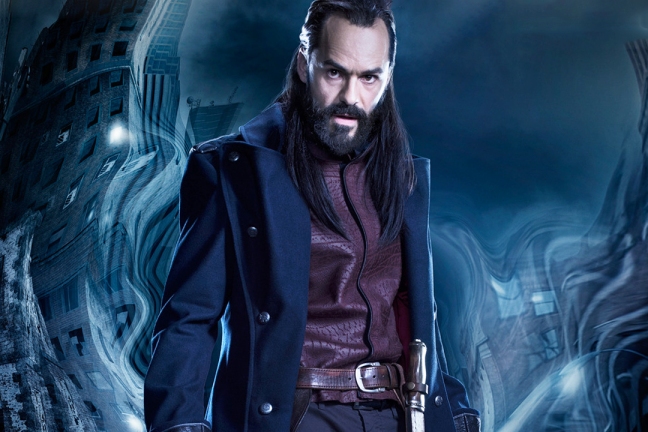 Vandal Savage is truly one of the DC Universe’s deadliest villains. He is an immortal that is practically the perfect tactician due to a literal centuries worth of knowledge and experience; and with this, he is a man who is able to live up to his namesake. As an immortal, Vandal Savage has left numerous marks in DC’s comic history, as well as its present. His overall history is worth going over in order to understand the sort of impact he left on the DC Universe.

Vandal Savage’s origin starts out strange as he was born around 50,000 B.C. as the caveman, Vandal Adg (a pretty fancy name for a caveman…), and was the leader of a Cro-Magnon tribe. His life is inadvertently changed when a highly irradiated meteorite comes crashing from the sky near Vandal’s location. When coming into contact with the meteorite Vandal absorbed all of its energy and became a highly-intelligent immortal (‘cause in comics’ radiation gives you rad powers and not cancer…). Despite being highly intelligent Vandal has little empathy for human life as there have been records of him being the first cannibal in human history (talk about “savage and no chill”). Eventually Vandal would drop his last name “Adg” in place of “Savage.”

Savage would eventually make his first mark in human history as he formed a group that would later be known as the “illuminati,” who have helped aided him in successfully toppling and literally destroying the famed civilization, Atlantis.

Throughout DC’s history he would adapt various names and personalities that would eventually become historically infamous including: two ancient Egyptian rulers (Khafre, Cheops), Alexander the Great, Genghis Khan, Blackbeard, Vlad the Impaler, and Jack the Ripper. He also served as an advisor for other infamous historical figures including: Erik the Red, William the Conqueror, Napoleon Bonaparte, Otto von Bismarck, and Adolf Hitler (‘cause nothing says evil like being bros with Hitler).

With his iteration of Injustice Society being unsuccessful, Vandal Savage would form another group known as the “Tartarus,” which has been covered in an earlier article on Damien Darhk.

In later events Vandal Savage would attempt a financial takeover of New York through the distribution of “Velocity Nine” (the same drug that the “Rival” concocted years ago), as a drug to people in influential positions—including lawyers and stockbrokers, in order to control them. Wally West soon comes into the picture as he begins to notice that people are exhibiting similar speed powers as him. His investigation would bring him into conflict with Vandal Savage. As the two fought Wally was injected with Velocity Nine, temporarily leaving him powerless. Before Vandal could give Wally a second dose one Vandal’s subjects turns against him and injects him with the speed drug, rapidly aging him.

Vandal Savage would later recover and play a prominent role during the events of, “Final Crises.” During this event Vandal Savage is approach by the organization, “Religion of Crime” (Their worst crime? Soliciting people at their doorsteps…I kid—kid…). They reveal to him that they ‘ve worshipped him as they believe that he is the Biblical Cain, the first murderer. The organization would then revive Cain within Vandal Savage by plunging the Pick—err I meant the Spear of Destiny into him (no innuendo, get your mind out of the gutter). As the newly-awakened Cain, Savage hunted down Spectre, the Spirit of Vengeance (who would have made his debut on Constantine…thanks NBC…) and enslaved him with the Spear of Destiny by separating him from his human host. The Spectre’s enslavement would only be temporary as the heroine Renee Montoya, under the guise of “The Question,” reunites the spirit with his human host. When back in power, though the Spectre spares Vandal Savage, he brands him with the “Mark of Cain,” opening him to eternal persecution by the human race until he faces God’s final punishment.

As reboots go, Vandal Savage’s status is soon reverted back to normal in the aftermath of the “Flashpoint” event. He is last seen as the leader for another group called, “Secret Society of Super Villains” (‘cause Savage knows how to keep a low profile), and is in conflict with Pandora (yes, that Pandora); and—oh yeah, he has a daughter in the FBI named Kate Sage.

Be sure to check out Casper Crump’s take on Vandal Savage on CW’s Legends of Tomorrow!